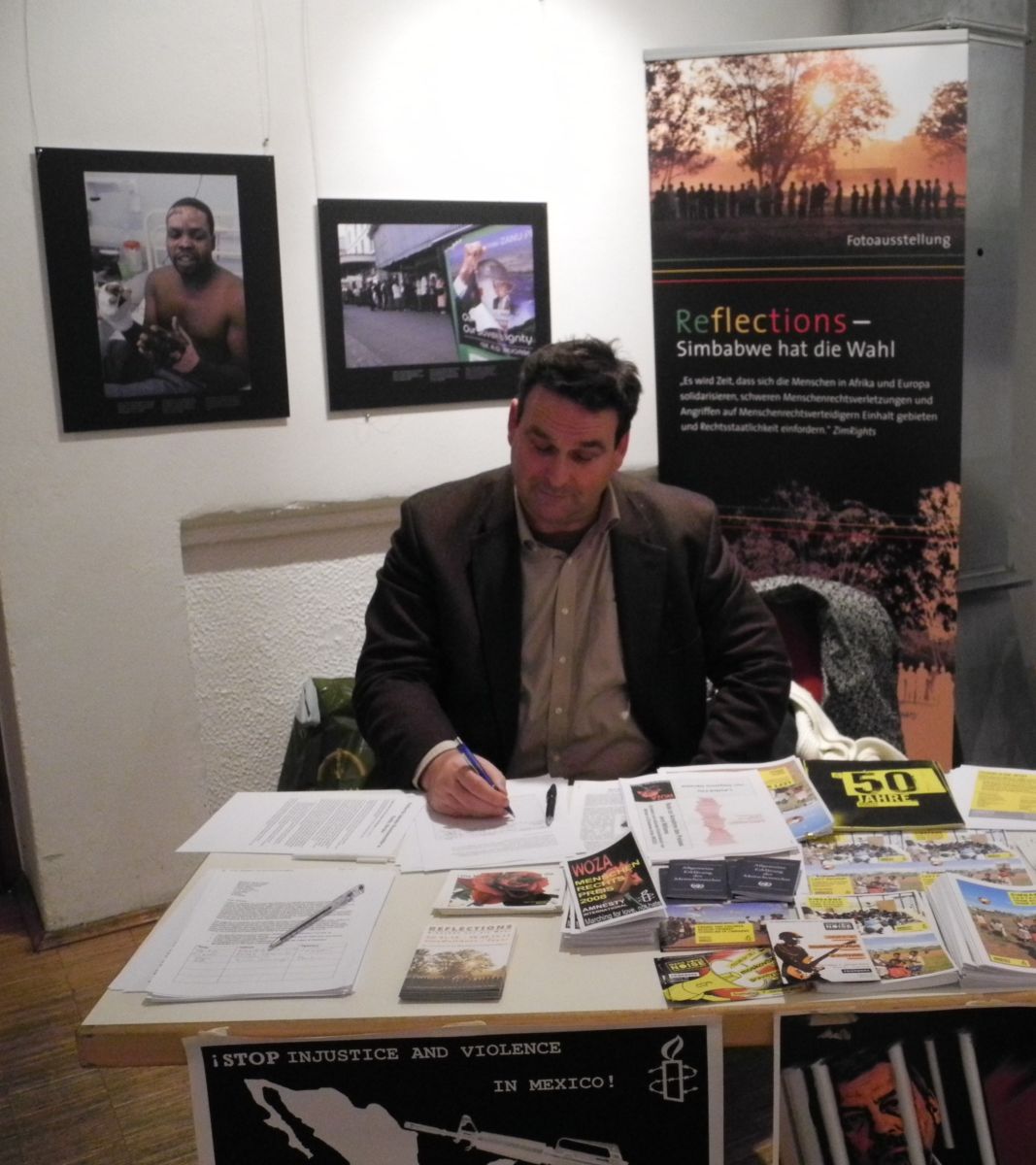 Bild von einer dokumentarischen Fotoausstellung, die in Zusammenarbeit mit dem zivilgesellschaftlichen Zweig der Harare-München Städte-Partnerschaft (HaMuPa) organisiert wurde und über die Gewalt bei den Wahlen in Simbabwe im Jahr 2012 berichtete. // Image from a documentary photo exhibition organised in conjunction with the civil society arm of the Harare/Muenchen City Partnership (HaMuPa) reporting the electoral violence in Zimbabwe in 2008. An Amnesty report on the violence states: “Voting in Zimbabwe on Friday has been marked by a campaign of state violence and intimidation in the run up to the presidential election. Amnesty International has said that it is deeply disturbed by the campaign that is part of a deliberate strategy by the Zimbabwean government to ensure that Robert Mugabe wins the election.The decision to hold the vote came despite calls by the international community to postpone the election until the security situation in Zimbabwe had improved. Across Zimbabwe, thousands of suspected supporters of the opposition Movement for Democratic Change (MDC) have been harassed and intimidated. “Today’s election is being held against a backdrop of widespread killings, torture and assault of perceived opposition supporters. Zimbabwe has been allowed to operate outside the African Union (AU) and UN human rights framework for far too long,” said Amnesty International. “It is time for effective African and international solidarity with the victims of human rights violations in Zimbabwe.”